Believe in Someone and they believe in You

If you have never seen the tribute to Jim Henson and “Just one Person” then I suggest a visit to Google or YouTube.  The reason is another fine example of art in life and how that effects people.  Jim Henson designed many of the Muppet characters and was Kermit’s better half.

Why do I mention this? For the positive spin on creative influence.  One of our staff/parent volunteers felt so strongly about our music teacher and how he believed in all his students that a big idea was born.  So one person is influenced by the creativity of another person…and so on and so on like drops of water gathering to make a wave.   This big idea was a surprise (of sorts, one student let the meow out of the bag) There really is nothing like hearing “Just One Person” being sung by endearing elementary school students who have secretly practiced and timed this into a school-wide-choral wave for our end of the year performance.  It was a big idea and a creative gift to their teacher.  This was a collective yet singular dedication toward Mr. Solomon for his retirement.  Not too many dry eyes.

I have only worked with him one year but his influence has been impressive.  The school presented him with a poster and I was honored that they chose my sketch from the T-shirt design I created for his music group.  I really wish I had worked with him more than his last year in retirement.  Amazing people touch our lives, when we let them. 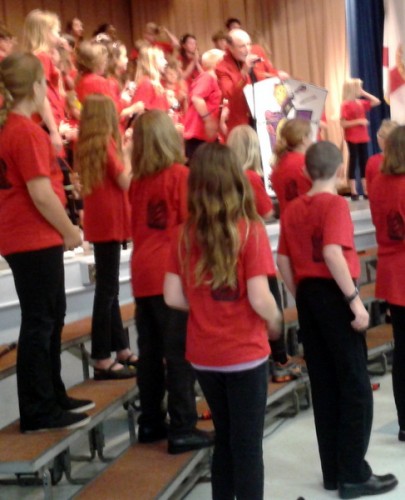 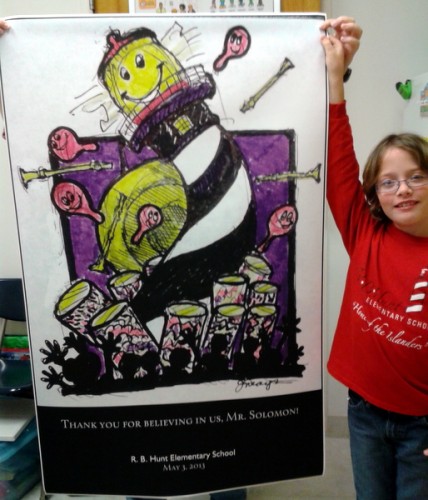 03. May 2013 by Jean Drayovitch
Categories: Blog | Comments Off on Believe in Someone and they believe in You