As part of the Romanza Festivale, several artists participated in a “paint out” on Aviles Street.  This was coordinated by the Georgia Nick Gallery on Aviles Street. It was a success as about half a dozen of our Anonymous Society of Artists participants found the courage to do this collectively.  I was delighted to set-up next to Roger Bansemer in front of the Georgia Nick Gallery.  It seems like all I have to do is be near him and my paintings turn out much better than I expect.   Kudos to Michael Clark who stuck with it down in the shady garden of “Father Miguel O-Reilly House” and completed a painting to sell.  His painting was on display at “Bouvier Maps and Prints” and John Bouvier held it up for my photo.  Scott Waters had his painting finished and for sale at one of the Aviles Street galleries.  Linda Holmes worked in oil and sold her painting too.  Roger also sold his completed painting.  All completed artworks were on display at galleries on Aviles Street.  I heard rumors that the Georgia Nick Gallery wants to do this again in October.  I was invited to paint plein air at her sidewalk anytime.  A very generous offer which I will take advantage of this summer when time permits.  Collectively it was a very supportive event.  I was discouraged that I couldn’t complete a second painting.  My body was exhausted from the previous three days doing an intensive conference and was starved for some decompression.  I folded and packed up around 3 p.m.  We had to retrieve our unsold works from galleries by 5 p.m. on Sunday. 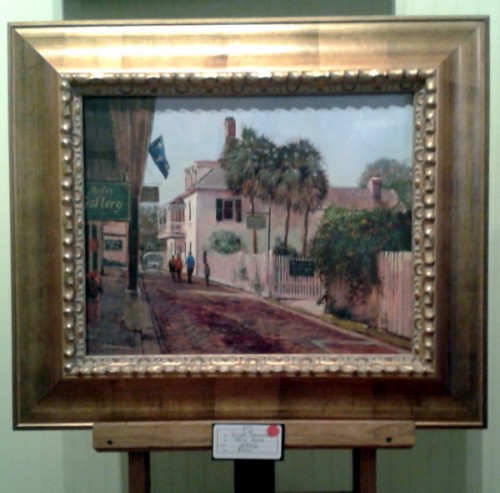 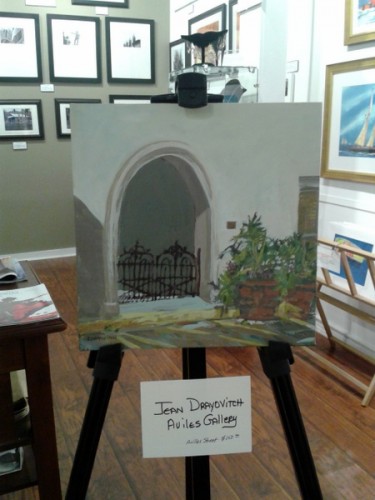 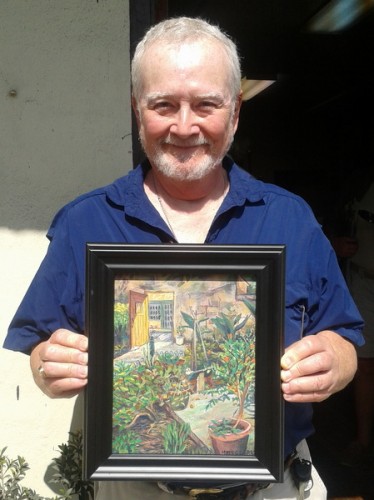 13. May 2013 by Jean Drayovitch
Categories: Blog | Tags: Saint Augustine | Comments Off on Aviles Street celebrates artists for the Romanza Festivale!